so something that you have to understand about my mom is that she loves animals. like you know that girl in your middle school that was like I FCUKIN LOVE HORSES *___*!!!! and always interrupted every conversation with some Cat Facts? that’s my mom. my mom feeds wild deer, which—as anyone who lives in the country will tell you—is a TERRIBLE IDEA, BECAUSE DEER, WHILE BEAUTIFUL, ARE ESSENTIALLY TALL RODENTS. my mother feeds geese. i shit you not, we have a pack of geese that live on our farm.

when my parents went away for christmas, i stayed home to look after things, and my stepdad was like, DON’T FORGET TO FEED THE GEESE! he wrote it down. so i wouldn’t forget.

“geese are wild animals,” i said.

“IF WE COME BACK AND ELVIS IS DEAD, SO HELP ME GOD.”

ANYWAY, the point of all this is that the year i lived abroad, my parents had no one in the country who could talk sense into them, saying things like, “domestic animals are for cuddling, and wild animals aren’t pets because they are wild animals,” so my mother adopted a wild boar.

here are some fun facts about wild boar:

They can smell people. “We are predators. We smell like a predator in the food chain,” Loftus said. That doesn’t mean they won’t turn and fight, especially to protect piglets.

“They’re mean. They’re aggressive. They’ll charge you. They’ll cut you or stab you with their teeth. They have big tusks, or cutters, as we call them,” Loftus said.

we literally had like “wild boar drills” on the farm where my mom would shout BOAR! WHAT DO YOU DO WHEN YOU SEE A BOAR? and i would snap to attention and shout CLIMB A TREE! CLIMB A FENCE! BOARS CAN OUTRUN YOU BUT THEY CAN’T CLIMB BECAUSE OF THEIR HOOVES, A-HA!! NOT TODAY, BOAR!!

if you’re like “why the SHIT would your mom adopt a wild boar” after reading all that, you are asking the RIGHT QUESTIONS!

the answer is: my mom’s old, retired curmudgeonly showhorse, herb, who loves nothing and no one in this WHOLE WORLD, found a wild piglet while he was turned out one day. and when my mother went to bring him back to the barn he looked at her and said with his sad horse eyes, “this is my pig. i found it. it’s good. it’s little, and ugly, but still good.” 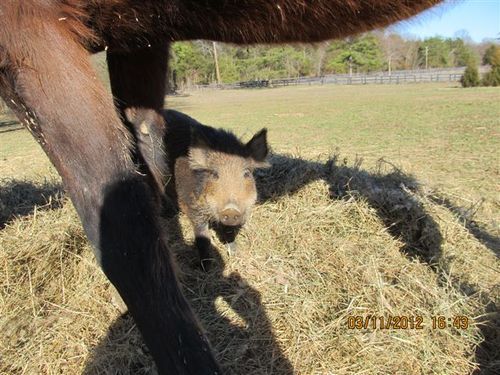 they named the pig charlotte, nickname “yum yum” (we are not subtle people) because she was a fuckin’ lady. lookit that snout. lookit those eyes. she’s unimpressed by your outfit and thinks you chose the wrong perfume for the ~mood of the occasion. 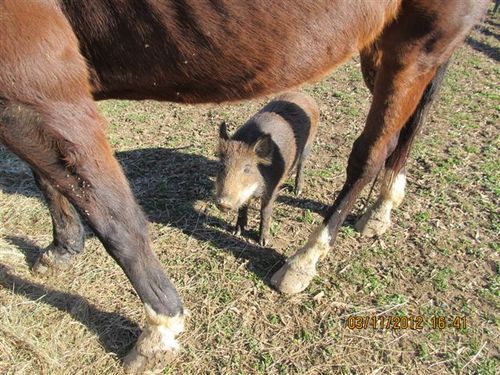 "omg guys i came out to have a good time and i am feeling SO paparazzi’d right now.” 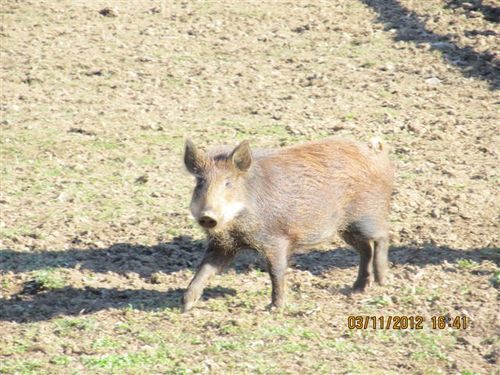 “you know what i wanna do right now?” 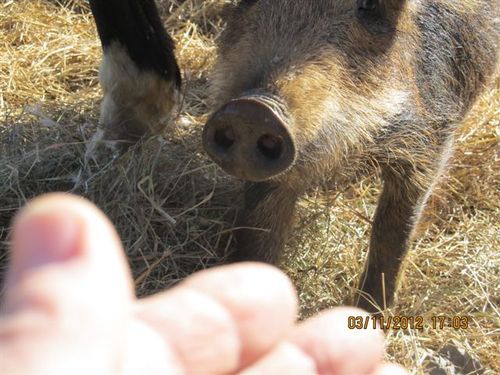 “excuse u did i say u could touch me, paltry human?”

anyway, it was all a big happy family until charlotte grew up a little and started having ~sexual urges~ and becoming territorial (wild boar live in a matriarchal society where the females are the aggressive ones because wild boars think males are garbage) and disappearing for days at a time.

then one day my mom and stepdad were cleaning stalls and charlotte decided that she’d had just about eNOUGH of being a SECOND-CLASS CITIZEN in this unjust patriarchal human society, and started charging them, so they had to hide in the stalls while she patrolled the barn. it took them like… four hours before they could escape.

also, GOD, MOM, CHARLOTTE IS THE NAME OF THE SPIDER NOT THE PIG.